After winning the Bailey’s Women’s Prize for Fiction Award last year, The Power has been on my ‘to read’ list for a while now. Fellow readers were split in their opinion of the novel so I wanted to see for myself what it was all about.

It seemed quite apt that I started reading this around the time when the ‘Me Too’ movement ramped up a gear and dominated headlines. Most reviews call it speculative fiction, which seems correct considering the supernatural elements, but I was more interested in the world within the story where females have the absolute power over men and rule all aspects of society. Trying to imagine this was real life and ‘the way of things’ is a tricky thing to do given the history of all societies  and cultures across the globe. It just doesn’t seem fathomable.

The more I read the more I focussed on the act of abusing power and not being able to come back from that point. All the main characters abuse their power at some stage of the novel; sometimes their intentions appear to be for the greater good, but mostly because their circumstances dictate them and for personal gain.

Thinking of all these accounts from female celebrities that have come out as part of the Me Too/Times Up campaigns whereby males have supposedly abused their power, how would things change if females in our world had the physical power to stop negative behaviours, as is such in the novel’s storyline.

The Power definitively provides food for thought through the dystopian style. Deep down I know I’d be slightly worried if I had the power that the character’s possess. God knows where I’d start with it all…

I think I’ll stick with developing my internal power and do my own little bit to change the world. Who needs an ‘electrical skein’ anyway when the females in my world simply have brilliantly powerful minds!

A few days spent in Paris just strengthens the admiration I have for the place. It’s beautiful and full of life. Below are a few photos… I even found a Cormorant… they get everywhere! 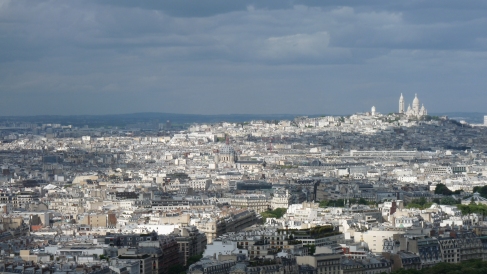 Blurring the lines between poetry and prose

A word is dead When it is said, Some say. I say it just begins to live that day. – Emily Dickinson

Personal site of Jane Davis, Founder & Director of The Reader. Mainly reading & thoughts about reading, plus some of my obsessions.

Stories and other truths

Some Words That Say What I Think

a collection of words about my average, bog-standard life accompanied by some sub-par illustrations that depict selected moments in said life

How can you not be fascinated by the history of Liverpool! - If Liverpool did not exist, it would have to be invented” - Felicien de Myrbach.