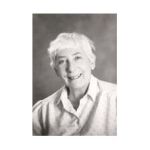 A couple of weeks ago, my MA class were asked to choose a paragraph of prose that we admired, from a writer’s point of view. Each person’s choice was different from the rest which made for a very interesting session; we went from the works of Virginia Woolf to Jack Kerouac to Raymond Carver, Hunter S. Thompson, and George Orwell. I chose a piece from Helen Forrester’s Two Pence to Cross The Mersey:

‘It was a moment of terrifying revelation and I started to run away from myself, pushing the pram recklessly through groups of irate pedestrians, nearly running down a neatly gaitered bishop. Every instinct demanded that I run away and hide, and for a few minutes my feet were winged. Halfway up the hill, back in the shadow of St. Luke’s, however, under-nourishment had its say, and I sank exhausted on the church steps, while Avril giggled contentedly in the pram after her rapid transit up the street. I was disgusted with myself. I felt I could have done more. I was old enough to know that I should wash myself; at least with cold water. And if I could wash garments through for the children, I could have put some of my own through the same water. I realised, with some astonishment, that I had always been told what to do. The lives of all the children had until recently been strictly regulated by a whole hierarchy of domestics, some of them heavy-handed, and a father who had, at times, used a cane with sharp effect. I washed when told to do so, went to school when told to go, however irksome it seemed, got out my playthings when permission was given. Disobedience was a crime and to query or object to adult orders, which were given without any supporting explanation or reason for them, was quite unthinkable.’

I decided on this particular passage because, not only do I admire Forrester as a writer, I believe she represents space and time brilliantly. Her technique for characterisation is admirable and as a writer I like to emulate her style, and this is particularly appropriate for my present novel idea. We read all our passages out to the rest of our class and discussed each one.

However, this was not the end of it. Our tutor handed out a passage from Gustave Flaubert’s Madame Bovary, then another, and another, and one more final handout. You can imagine what we were all thinking, that is a lot of handouts. One thing…they were all written in a different style to Flaubert’s original piece. Again, we discussed each text and fronted our ideas.

The final part of the exercise was to re-write Flaubert’s piece in the style of the writer we had originally chosen. At first I thought this was quite a daunting task because a writer’s style is their own and powerful it may be. However after I brought a bit of Forrester to Flaubert it turned out to be a very useful task, and it can be done with any piece of work. So this is a writerly technique that I will absolutely use in the future to recreate ideas and improve on my own writer’s style.

Blurring the lines between poetry and prose

A word is dead When it is said, Some say. I say it just begins to live that day. – Emily Dickinson

Personal site of Jane Davis, Founder & Director of The Reader. Mainly reading & thoughts about reading, plus some of my obsessions.

Stories and other truths

Some Words That Say What I Think

a collection of words about my average, bog-standard life accompanied by some sub-par illustrations that depict selected moments in said life

How can you not be fascinated by the history of Liverpool! - If Liverpool did not exist, it would have to be invented” - Felicien de Myrbach.